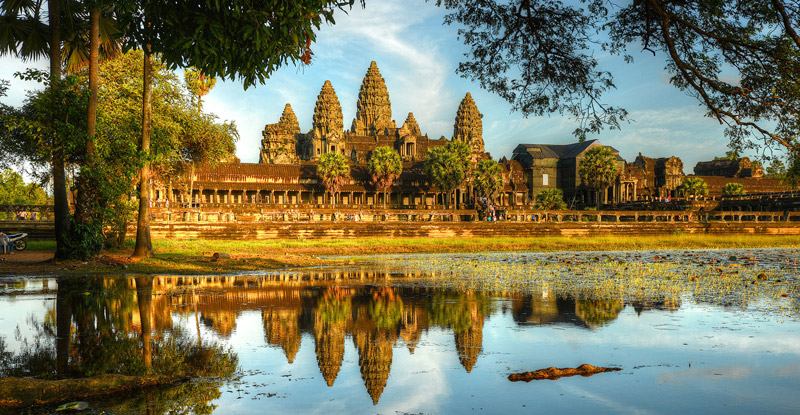 From $525USD/per person
Tour Type:Private Tour
Your Guide:English Speaking
Country:Cambodia
Start:Phnom Penh, Cambodia
Finish:Siem Reap, Cambodia
Get a free quote
This 7 day journey is the best of Cambodia. Start from Phnom Penh with most city highlights then drive to Kampong Thom - a picturesque town on the banks of the Stung Saen River. Continue to drive to Siem reap to admire the Angkor complex where everyone wishes to see in Cambodia.

Welcome to Phnom Penh. The tour guide and driver will pick you up and then transfer to city centre. After a short break, enjoy 1 hour of interesting tour by tricycle along the Tonle Sap riverfront. Stop to visit Wat Phnom (Central of the City): is a treasured place of respect for all Khmers and is the namesake of the capital then free time for shopping at for the Russian Market called “Psha Toul Tom Poung”. Have a welcomed dinner at the local restaurant before coming to your hotel.

Situated at the confluence of the Mekong and Tonle Sap Rivers, the Cambodia's capital city look like a big village - town where French colonial influences can still be seen in old buildings restored. Start your city tour with a visit to Royal Palace. The Palace was opened in 1870 under King Norodom, and now contains the Royal Residence, the Throne Hall, the Silver Pagoda, and other buildings. The Silver Pagoda (Wat Preah Keo Morokat) is one of the city's most visited sites and offers a display of priceless Buddhist and historical objects. Afternoon, you visit to Toul Sleng museum (S-21) and the killing field of Choueng Ek, which is about 35kim away from the city. These places are grim reminders of Cambodia's bloody past under Pol Pot. It is almost inconceivable to confront the nature of true evil here in this gentle land, but the Buddhist memorial at Choeung Ek, commemorates the 1.7 million victims of the 1975-79 Pol Pot regime. This excursion may prove distressing for some.

Have breakfast at the hotel and then drive up to Kampong Thom, the east of Siem Reap.  On the way, you will stop at Skun village. If you are hungry and looking for a dessert, let’s try to taste the local specialty, the delicious famous fried spiders (Tarantula called A ping in Khmer). Before coming to Kampong Thom, you will stop for short tour of Kampong Cham. Visit Wat Norkor, a temple built from sandstone and laterite in the 11th century which was a Mahayana Buddhist shrine. It was rebuilt and dedicated to Theravada Buddhism in the 15th century and today there are still many Buddha images scattered throughout the complex. There is a small contemporary Wat located within its walls. We will continue with the visit ofPhnom Pros and Phnom Srei (“Man and Woman Hill”). This location takes its name from a legend of the competition between the town’s men and women as to who could finish the building of a stupa on the hilltop in one night. The women won and have not had to propose to men anymore, breaking like this an old tradition. Continue to go to the Kampong Thom, check in hotel and free time.

This morning, you have chance to cycle to Sambor Prei Kuk - a former capital with the previous name Ey San Borak, built during reign of King Isanavarman in the 7th century. This is the setting of the most impressive group of pre-Angkorian monuments with more than 100 small temples, scattered through the forest. Continue journey to Siem Reap, en-route stop at Naga Bridge (Spean Prabthes) was built by King Jayavarman VII on the 12th century by laterite stone. Check in hotel and free time.

Early morning, visit the picturesque Ta Prohm that had nearly disappeared into the jungle and remains overgrown, an oddly haunting and exotic scene. The magnificent roots of a tree, pushing between the huge stone blocks of the temple in a sort of embrace, evoke feelings that you may remember forever. And continue to visit the intricately carved Khmer ruins at Angkor Wat - one of the world’s most impressive ruins. The temple still owns fine Apsara carvings in Angkorian era art.. At 09am come back to hotel for breakfast and rest in the noon to avoid of the heats of the day until 15:00 continue exploring the mysterious Royal city Angkor Thom. Its 50-tower temple is an awesome sight. At first glance it seems a shapeless mass of stone, but further scrutiny reveals a face, and then another and another until suddenly you are engulfed by the silent, heavy, enigmatic and silent gaze through half-closed eyes, staring out from a primitive and remote time. Further, visit to the surroundings of the complex including the Baphou, Elephant Terraces, Lepper King Terrace and Royal Place area and visit one more ruin in Angkor Area of Preah Khan temple, built in 12th century by King Jayavarman VII and it is the same style to Ta Prom Temple.

This morning we visit the ancient Khmer civilization site of Hariharalaya which flourished in the late 9th and earlier 10th centuries. These are the earliest temples in the Angkor area and are referred to the Rolous group (Lo Lei, Preah Koh, and Bakhong Temples). Lunch with the local family and then we will continue to drive to the rural outskirt 35km from Angkor area to visit the smallest, but magnificent, Banteay Srei built in the 10th Century and dedicated to Shiva. The temple was the birthplace of Khmer classical style architecture and the bas-relief work is the best example of Khmer classical art remaining. The pink sandstone structure bears a series of striking and beautiful sculptures, lintels, pediments and friezes. Khmers say the temple must have been carved by women for the details are too fine for the hands of a man. On the way back to Siem Reap we will visit the Banteay Samre Temple adorned with impressive reliefs depicting scenes of Vishnu as well as Krishna legends. 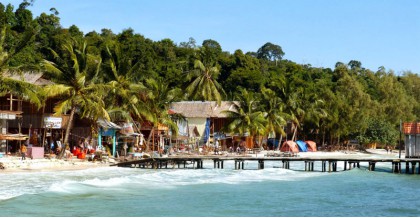 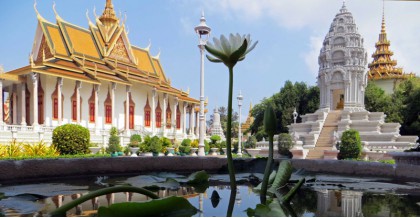 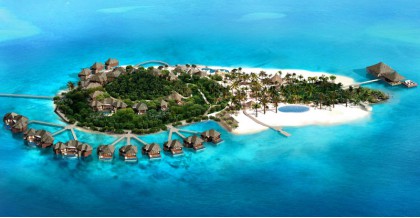 The journey of 10 days offers you all the excitement and culture of Cambodia. Aside from the capital Phnom Penh and the world-famous temple complex at Angkor Wat - Angkor Tho..