Some useful information for travelers from US & Canada

Build Your Own Tour Packages

The United States and Canada are one of the important markets in Vietnam's strategy to attract tourists. These are the countries with the most developed economies, high average income and big spending level.

Many major American newspapers and magazines voted Vietnam as an ideal tourist destination. With many beautiful landscapes, diverse culture and high quality service, Vietnam is becoming an attractive destination for American and Canadian tourists.

The number of United States tourists to Vietnam is constantly increasing each year, on average visitors from the US increased by 6.7%, Canada increased by 4.1%. 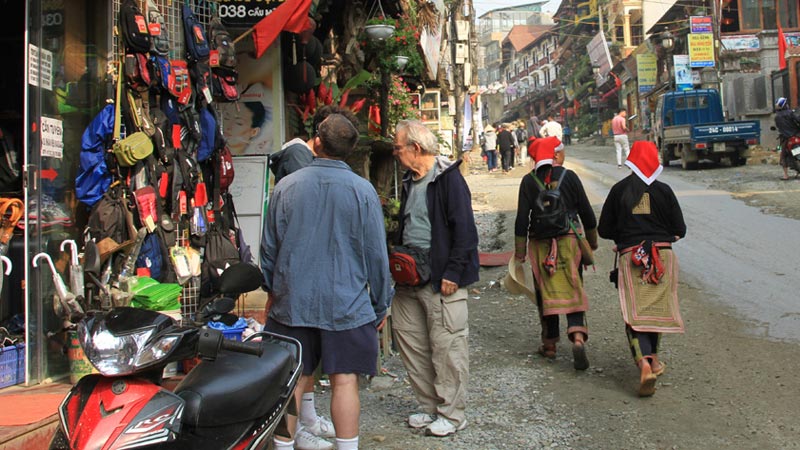 The best time to visit Vietnam from United States

What is the appropriate time to plan Vietnam tours from the US and Canada? The time from September to March next year will be the best time to visit Vietnam, this time is autumn and winter in the North, the South is also not hot, this is also the peak season of international visitors to Vietnam.

If you travel at this time you will feel most comfortable, served in the most thoughtful way, best service and quietest. In addition, if you visit Vietnam at this time, you will experience both winter and summer in Vietnam. 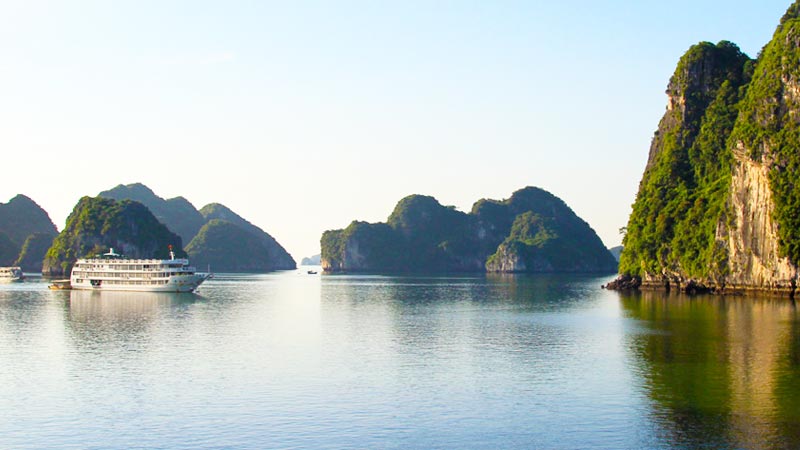 Vietnam visa for citizens of the United States and Canada

Citizens from US and Canada need a tourist visa to enter Vietnam for tourist purposes. The best way to obtain a valid Vietnam tourist visa for US and Canadian citizens is to apply for a visa at the airport.

To obtain a visa of this type, you need to send your passport, schedule of arrival and departure to us, we will ask for a visa approval for you. After this dispatch, you will be allowed to board the plane and get a visa stamp at the Vietnam airport. 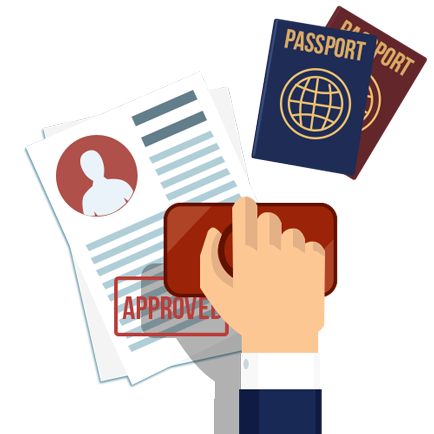 Flights from US to Vietnam

Transit flights in Taipei, Tokyo and Seoul are operated by EVA Air, ANA, Korean Air, and Aniana with the departure location in Seattle. 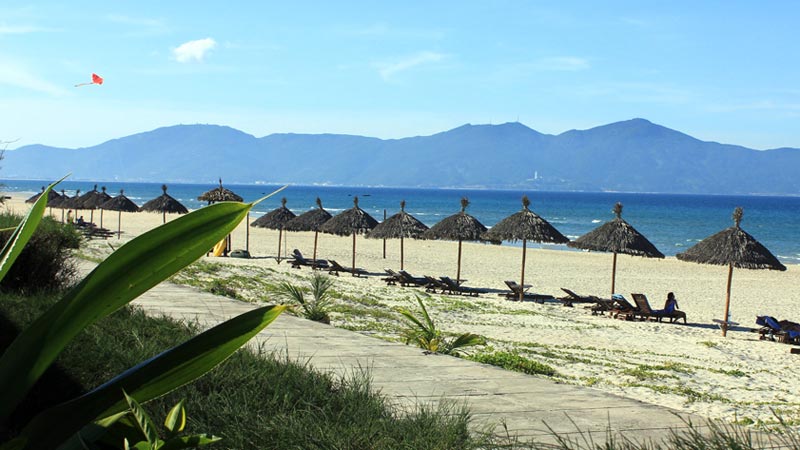 Flights from Canada to Vietnam

For flights departing from Toronto to Saigon operated by Cathay Pacific, Air Canada, transit in Hong Kong will have a flight time of 18 hours.

For flights departing from Vancouver to Saigon exploited by Philippine Airlines, transit in Manila will have a flight time of 16 hours.

For flights departing from Ottawa to Saigon operated by ANA, Air Canada and transit in Tokyo, Calgary will have flight time of 21 hours and 20 minutes.

Flight of Dragonair and Air Canada airlines departing from Toronto to Hanoi, transit in Hongkong will have flight time of 19 hours and 25 minutes.

Flights of Vietnam Airlines and Air Canada depart from Vancouver to Hanoi, transit in Seoul will have flight time of 14 hours and 55 minutes.

Exchange Vietnamese currency from US dollars

The exchange rate from US dollar to the Vietnamese dong is relatively stable, with little fluctuation, common at: 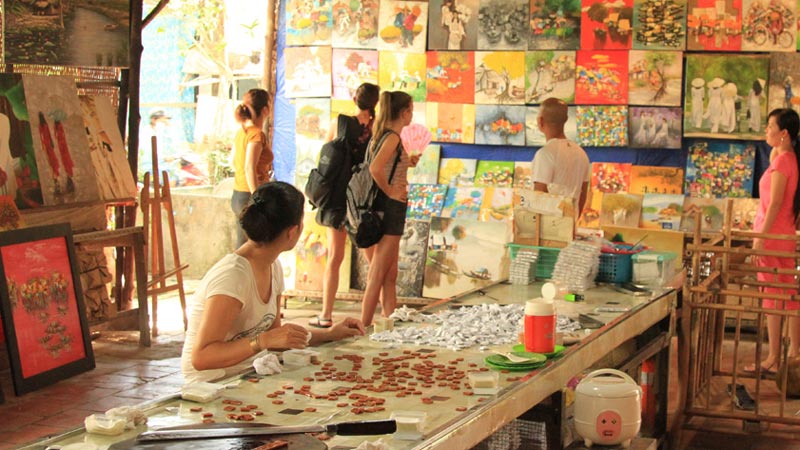 The exchange rate from Canadian dollar to the Vietnamese dong is relatively stable, with little fluctuation, common at:

Vietnamese law stipulates that foreign currencies cannot be freely exchanged. So it is the best to go to the banks for money exchange. This is the legal, safe and quick method.

Destinations in Vietnam for tourists from US & Canada

American tourists especially like the type of cultural tourism because they can both visit and learn about the diverse culture in Vietnam. The place is favored by many tourists such as Hanoi capital with a thousand-year history of civilization, Hoi An ancient town, craft villages, festivals and culinary enjoyment.

Tourist resort is also the type chosen by many Americans and Canadians when coming to Vietnam. With more than 3200km of coastline with many beautiful bays and islands, Vietnam has many ideal areas to develop this type of vacation tourism, especially sea tourism.

If you have about 3 weeks in Vietnam, we recommend 10 destinations that you should not miss in Vietnam: Hanoi capital, Sapa, Halong Bay, Hue, Hoi An, Da Nang, Nha Trang, Thanh Ho Chi Minh City, Can Tho and Phu Quoc. And don't forget to discover 15 top tourist attractions in Hanoi 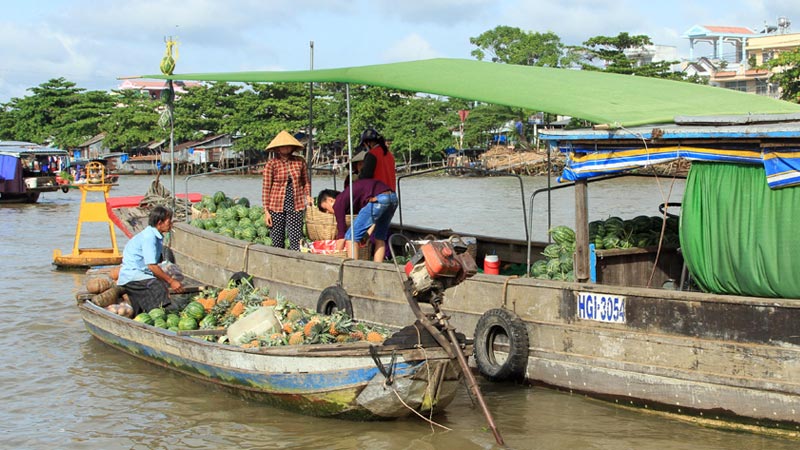 It's easy to plan a Vietnam tour from US & Canada

With human factors, rich culture, arts and cuisine, Vietnam is becoming an attractive destination for many Americans and Canadians. The useful information we have just provided, it's easy to plan your trip to Vietnam. If you still have questions about trip planning, don't worry! We are always here to assist you, to make sure you will have the perfect trip to Vietnam. 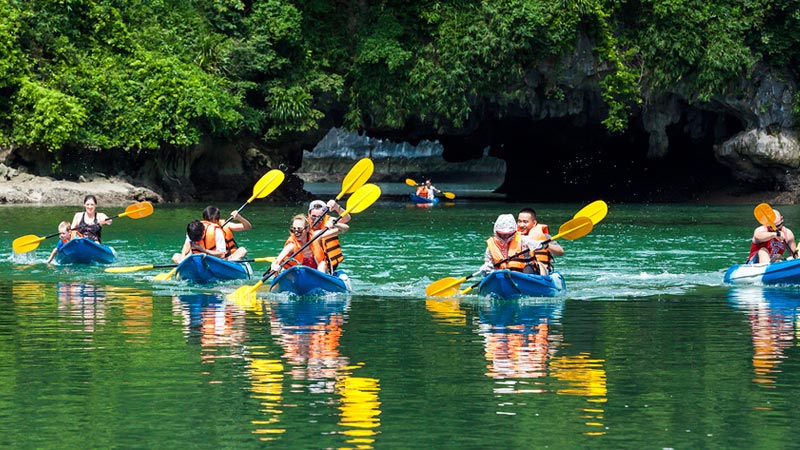 My wife and I had been to Vietnam before an wanted a new and different experience from previously. We had enjoyed our previous journey but did not want to do it over. Also we wanted to add a week or so in both Cambodia and Laos, and some "down time" mixed in with all the travel. This was all organized meticulously and the mixture of locations and events suited us perfectly. We happened to be in SaPa on the coldest days in many years. It was quite an adventure and a unique way to see the rice fields and villages. I won't list our extensive itinerary. Suffice to say we had a night train ride, a cruise, toured numerous national parks, rode a water buffalo, traveled by boat between Vietnam and Cambodia, and many other delightful things. We traveled privately with a driver and guide, were met on our arrival at each new location and delivered safely to our train / boat / plane on departure. Our guides were wonderful and we have made lifelong (I hope) friendships. As I said we have been to Vietnam before, but we enjoyed this trip immensely and hope to return quite soon. If we go anywhere in SE Asia we will certainly include Vietnam in our travels and will most certainly use S Vietnam Travel as our tour organizer.

We were 2 Americans travelling through Vietnam/Cambodia in November, 2017 and Tina with S. Vietnam Travel did a phenomenal job with it! Everything was utterly flawless. Every airport pickup/drop off, guide, hotel, tour, plane, train and automobile was on time, well educated, well executed, well located, etc.... I cannot say enough good things about it! We did Hanoi, Halong Bay, Hoi An, Hue, Saigon and Siem Reap. Highly recommended! One of the best trips I've taken, and Vietnam/Cambodia were countries #64 and 65 for me! GREAT job, Tina!

Recommended Vietnam tour packages from US 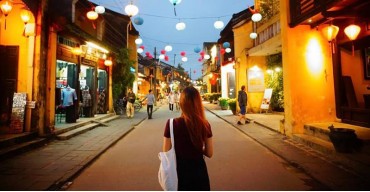 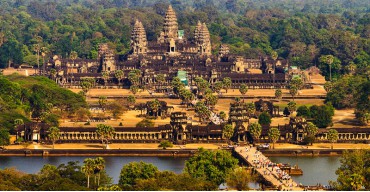 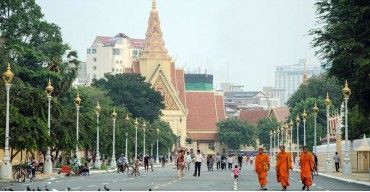 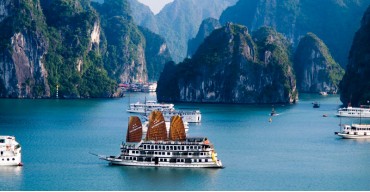 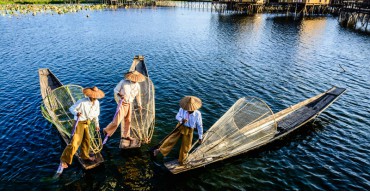 Highlights Of Vietnam And Myanmar 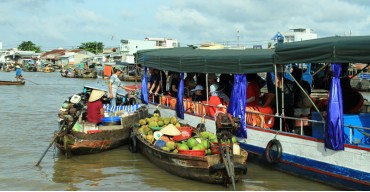 Highlights of Vietnam, Cambodia and Laos