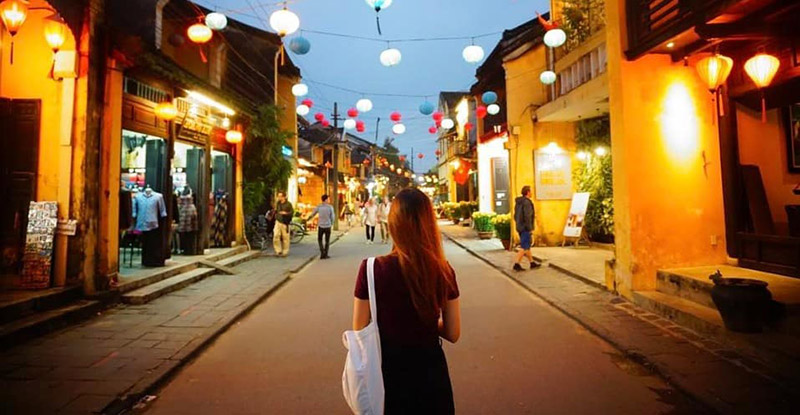 This journey is designed for people who love to see the difference in culture and nature from the South to North in Vietnam. Discover the irresistibly charming World Heritage sites in Vietnam: Hue citadel, Hoi An ancient town, My Son Holy Land, Halong bay. With many activities, experiences, this trip will be unforgettable for anyone who ever takes it.

Welcome to Saigon - today’s Ho Chi Minh city - the country’s commercial centre. The city never sleeps with over nine million inhabitants and five million motorbikes. The drive and tour guide will pick you up and then transfer to city centre. You have free time after flight and then enjoy welcome dinner at the local restaurant.

Today, you will discover Mekong delta and visit the colorful floating market - Cai Be. Leave bustling Saigon for the 3 hour drive to the delta town of Cai Be. On arrival, board your boat for cruise in the Delta’s waterways.

Start your journey by passing by Cai Be’s floating market, cruising among local barges with full of fruits and vegetables… The cruise will then bring you to some local home factories to discover traditional rice paste making, rice pop corn, coco candies…

After a delicious lunch at the local ancient house, you will have chance admire the scenery and the daily life of the local villagers by rowboat passing through small sampan. Stops on the way can be made upon request for particular visits or photos marking. The excursion will end at around 3.00 pm. You will return to Saigon in the later afternoon.

This morning, you will catch flight to Hue - the former imperial capital of Vietnam. The tour guide and driver will pick you up at the airport. After a short break, you will visit the Citadel and the Forbidden Purple City and Dong Ba market. You also to visit one garden house - the unique feature of Hue. The houses are traditional, privately owned, and set in attractive formal gardens. You can feel the Hue traditional architecture associated with the natural environment. Your overnight will be in Hue.

Enjoy breakfast at your hotel and then board a private boat for a cruise on Perfume river. You will visit Thien Mu pagoda and then take a drive to visit Minh Mang tomb as well as Khai Dinh tomb. The different style of the tomes will help you to understand the character of each king.

After lunch at the local restaurant, you will leave Hue for Hoi An. On the way, you will have chance to visit Cham museum and Marble mountain. Arriving in Hoi An, check in hotel and free time to explore your ancient town. Overnight in Hoi An.

Today, you will have the experience of working and living with the local farmer in Tra Que village - one of famous vegetable village in Hoi An. You will cycle to the village with your guide.

A short stroll will take you around the vegetable garden and then you can join the farmers in preparing the land and fertilizing it with seaweed from the local lake. Following steps are raking the ground, sowing, watering, picking vegetables and many other gardening activities. After all these activities, you will take a short rest and enjoy foot bath before getting to preparing lunch with a local family. Your lunch will consist of many local delicacies including ‘Tam Huu” spring roll, Banh xeo or local pancake of people in Vietnam middle region. You can join the cooking with the chef on these meals. After your morning excursions and your lunch, you will take a Vietnamese traditional post-prandial nap before learning how to harvest and wrap the vegetables.

Around 14.00: bid farewell to your host family before riding back to your hotel.

Today, you drive to My Son, a World Heritage, 50 km southwest of Hoi An. Located in a lush valley; My Son was a capital and religious center of Cham people, now remaining with red brick towers and sanctuaries. My Son, once the spiritual capital of Champa Kingdom that dominated South East Asia for nearly a thousand years and occupied most of the central parts of Vietnam from 2nd century to 16th century with very rich in history and culture. Contemplate its remarkable red brick towers and sanctuaries dating from between the 7th and 13th centuries. Come back Hoi An in the afternoon. Free time for shopping or making tailor.

This morning, you will catch flight to Hanoi - the capital of Vietnam. Upon arrival, you will visit the Temple of Literature, the first University of Veitnam, for an overview about Hanoian culture and ancient Vietnamese architecture. Continue to the Vietnamese Women’s Museum that offers a broad insight to 54 ethnic groups through a lens of women’s topics.

In the afternoon, you will walk to visit Hoan Kiem lake, local markets and Hanoi's Old Quarter, known for its 36 streets and former craft guilds. Enjoy a water puppet performance before coming to your hotel. Overnight in Hanoi.

Enjoy an early morning swim (during the summer), followed by breakfast as you cruise through more spectacular scenery. The cruise arrives at the harbor by noon. The driver will pick you up and then transfer directly Ninh Binh.

You will arrive in Ninh Binh in the late afternoon, check in hotel. After that, you will have chance to trek with buffalo cart ride to visit the countryside landscape, rice cultivation and lifestyle. Overnight in Ninh Binh.

You start a day by the local way, have breakfast then row the sampans in the rice field to visit 3 caves in Tam Coc (Hang Ca, Hang Giua and Hang Con).

Biking to Bich Dong and visit the pagoda on the mountain and take another route biking all the way through the villages to Hoa Lu - was the capital city of Vietnam under the Dinh Dynasty between 968 and 1009 AD. Some of the sanctuaries and tombs have survived the years and can still be seen today. Later in the afternoon, you return to Hanoi. Check in hotel and free time.

You have free time for shopping or relaxation before your departure flight. End of the trip. Cảm ơn và chào tạm biệt. 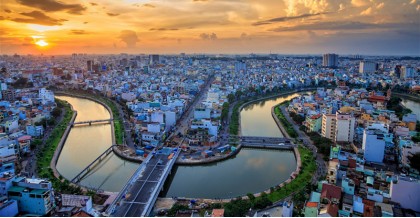 Vietnamese cooking is fluenced by the concept of the “the five flavor”, a balance of salty, sweet, sour, bitter and hot (spicy). A dish may be dominated by one or two of the .. 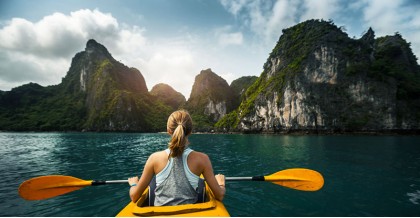 This 12 day family tour includes the most interesting sites in Vietnam from the South to the North. The trip’s itinerary is special tailored to meet the unique needs of the f.. 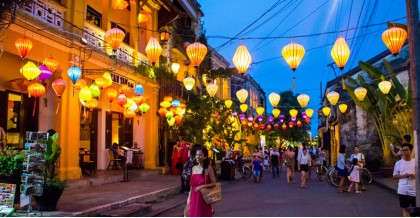 Let’s create your unforgettable honeymoon with us. You will have chance to experience Vietnam's beautiful landscapes, slow-paced resorts, white sand beaches, fresh delicious ..